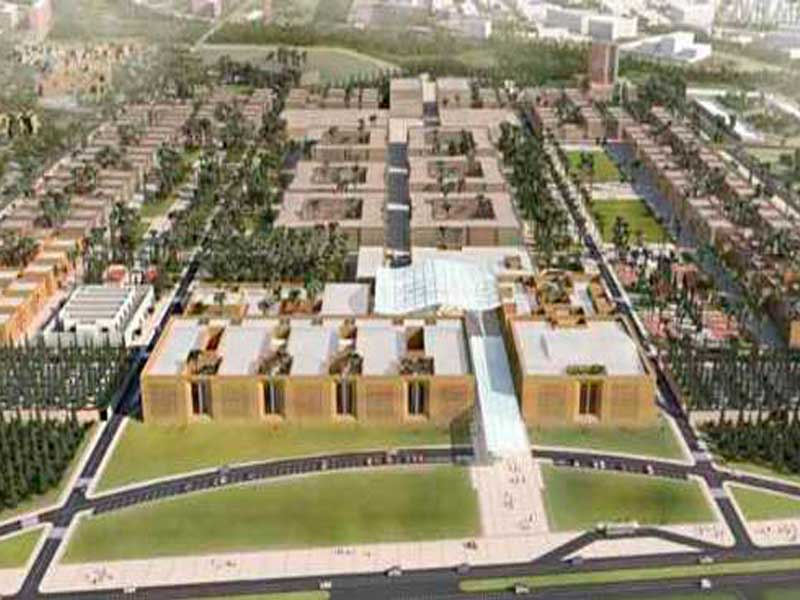 Located in the center of Benguerir, the Polytechnic University Mohamed VI will be part of the environmental research and development in a world level.
The University is built as a complex of 8 buildings with a total of 120 hectares around a green corridor.
For the Fire Fighting Protection it has been chosen the Algorithmic System, composed with six 8 loops and one 2 loops intelligent algorithmic panels to control around 2000 equipments (sounders, detectors, pushbutton…etc) and in addition to the early aspirating detection system Titanus, which has been installed 1 equipment Pro-Sens with 2 detection modules, 2 equipments Pro-Sens with 1 detection module and 1 equipment Pro-Sens with 2 detection modules with double detection.
For the Extinguishing system it has been chosen gas HFC227ea, for its low toxicity and its qualities to extinguish fire by heat absorption. In this case it has been installed 36 cylinders with 1422kgs.
Despite the long experience acquired, in Aguilera Group we keep working for your peace which what Fire Fighting Protection is about, because the peace of mind is based on a non-risky security.

We use cookies to ensure that we give you the best experience on our website. If you continue to use this site we will assume that you are happy with it.Ok