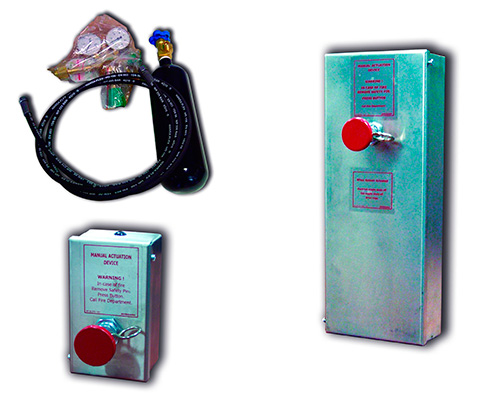 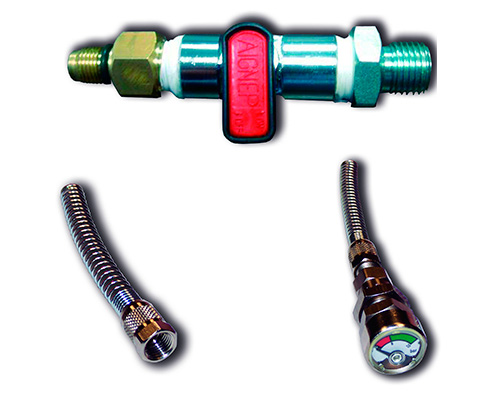 AEX/SFKCF.End cap for detection tubes
AEX/SFKCFM.End of line with gauge
AEX/SFADP. Adapter of the detection tuve 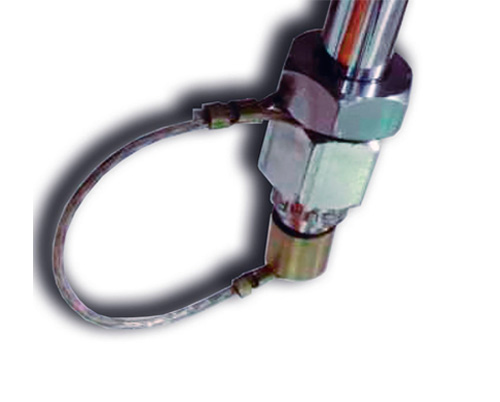 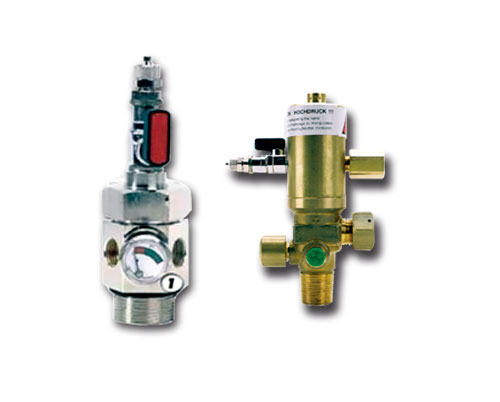 Low pressure relief valve: The relief valve is installed directly in the cylinder containing the extinguishingagent. Made of brass and nickel coating, with an internal actuation mechanismand a discharge port, it is also provided with a connection for filling.Use a pressure differential between the valve and the detector tube to startthe relief valve. When an increase in temperature is produced (110/120ºC),the detector tube melts producing an orifice that releases the pressure andtrips the valve due to the decrease in pressure allowing the extinguishingagent pass.

High pressure relief valve: Used when the system working pressure is high, installed in the auxiliarycylinder for dry nitrogen. In that element the three parts of the high pressuresystem are placed: detection tube, high pressure grid and the correspondingpart for low pressure. 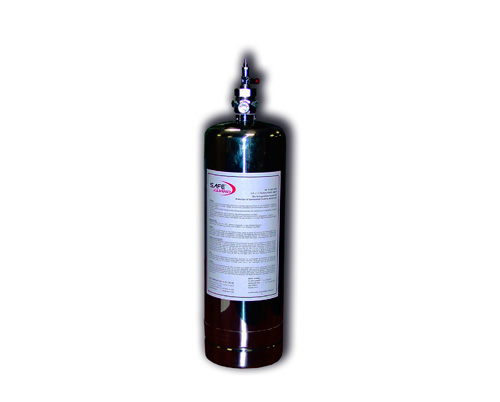 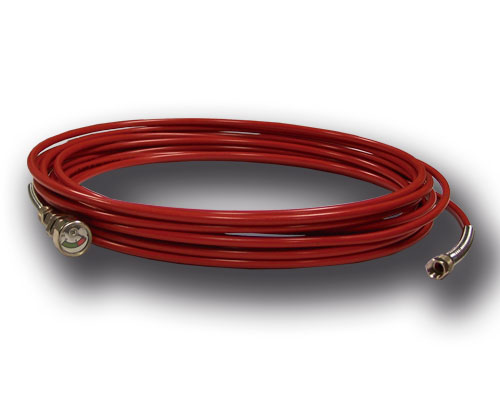 Detection tube made of polyamide, a type of material that looses structuralproperties when reaching 110/120ºC, which produces the activation of thefire system due to the depressurization of the storage valve.The detector tube is easy to install, even inside the fume hood and ducts,flexible and sensitive to heat.

We use cookies to ensure that we give you the best experience on our website. If you continue to use this site we will assume that you are happy with it.Ok